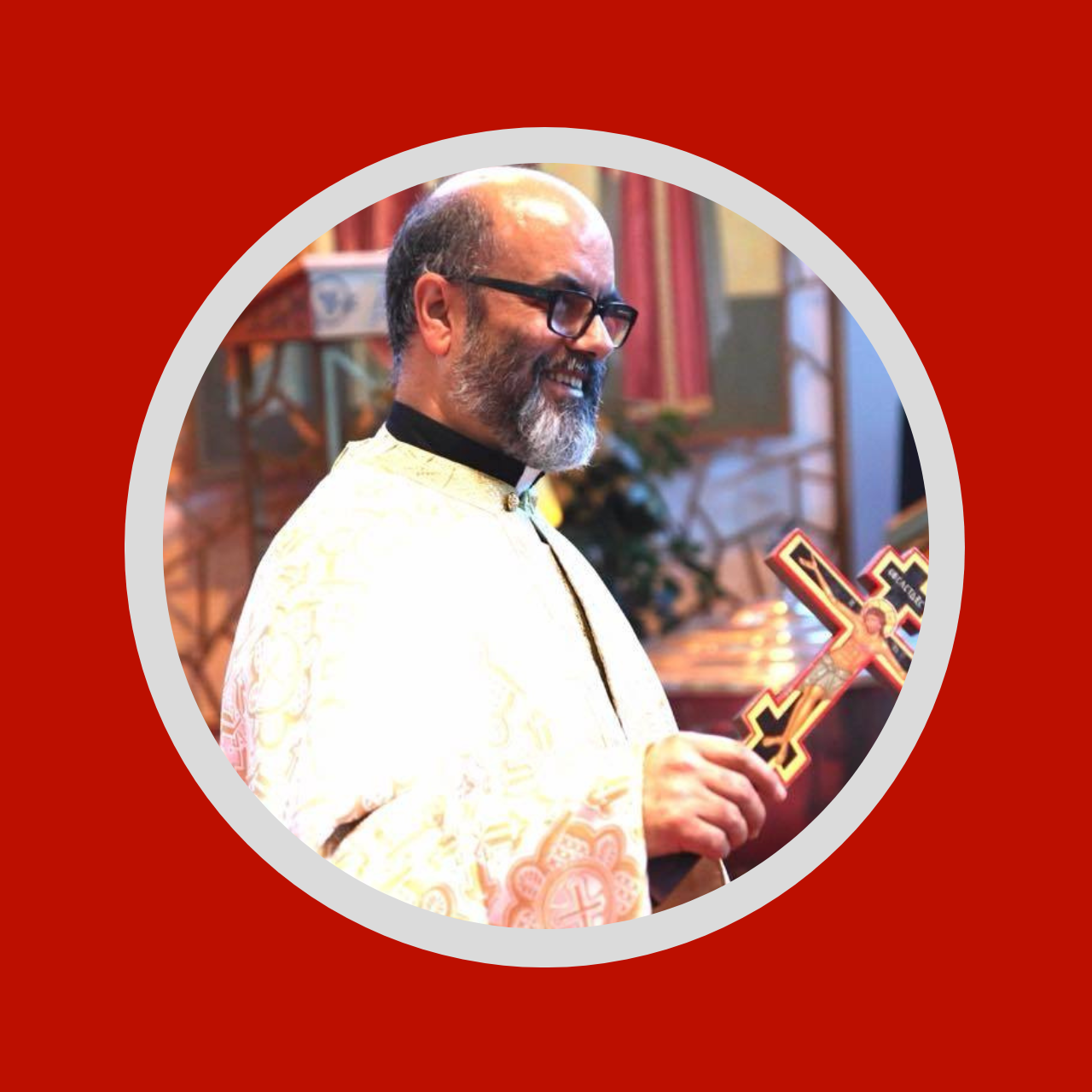 A new era began at St. Elias when Father Michael Ibrahim became our Pastor, in 2023.

Father Michael served as a Deacon, for six years, and later, Assistant Priest at St. George Antiochian Orthodox Church in Little Falls, NJ. After that, he was assigned to St. Anthony’s Parish in 2017, where he served as Pastor till the end of 2022.

A native of Damascus, Syria, Father Michael grew up the son of a priest. He graduated from Damascus University with a Bachelor of Arts in English Literature.

After immigrating to the United States, Father Michael began a career in sales, before opening a restaurant, King of Shish Kabob, where he served as owner and chef for sixteen years.

While working in the restaurant business, Father Michael began studying at the Antiochian House of Studies.  He obtained his Bachelor of Applied Theology in 2006, and his Master’s Degree a year later.  Father Michael and his wife, khourieh Roula, are the proud parents of daughter Catherine, a medical school graduate.

We, the St. Elias family, look forward to working with Father Michael side by side, for the spiritual growth of our family and for the glory of God.